Solar Panel ROI: How Long Do Solar Panels Take to Pay for Themselves

Adding solar to your home is an opportunity to save money while making a difference for the planet we all share. Combined with the fact that home solar offers a stable and attractive return on investment (ROI), installing solar is a win-win for thousands of homeowners in Colorado. But how do you assess the value and the ROI of solar for your home? The payback period is a common metric used to assess the value of solar because it shows how long your solar panels take to pay for themselves.

This is a helpful number, but it’s not the only way to look at the value of solar. It’s also important to compare the value of a home solar installation to the status quo. With solar, the sun provides a steady flow of cash savings from the solar panels on your rooftop. Without solar, you’ll continue to send your money to the utility company with no payback or ROI in sight.

What is the Payback Period?

The payback period will tell you how long your solar panels will take to pay for themselves, but it doesn’t consider the full lifetime value of the system. Solar panels come with 25-year warranties, but many systems will still produce well beyond the warranty period. If your system is paid off in 13 years, one way to think of it is that you’re buying energy for 25 years plus for the cost of 13 years’ worth of energy instead. And after your system is paid off, you’ll be enjoying free energy from the sun for many, many more years, to the tune of thousands of dollars. This is all in addition to the increase in your home’s value and the environmental benefits that come with installing solar on your home, the value of which is not captured in a simple payback period.

How Long Do Solar Panels Take to Pay for Themselves

Get Out of Utility Debt

The payback period is often used as a key metric for home solar, but it doesn’t capture the whole story. When considering the cost of solar, compare it to the cost of your electricity now. What is the payback period on your current utility expense? Of course, you never see a return on the money you send off to the utility company, but more than that, Colorado utility rates are likely to rise significantly over the years. 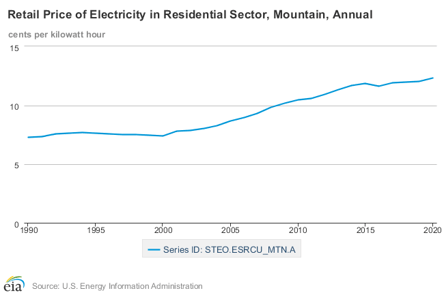 A home solar panel installation protects you from rising energy costs and gives you energy independence. You’ll have your own power-producing asset on top of your roof, capturing sun rays and turning them into solar savings!

Want to see how much solar potential your home has? Request a free quote from your local solar company to evaluate the value and impact of solar for your home. They’ll provide you with a payback period so you can see how long solar panels will take to pay for themselves, but they’ll also show the lifetime value, home value increase, and environmental benefits you’ll gain.