Namasté Solar is lucky to have so many solar nerds on our team. These people are experts in the solar industry and passionate about the technology, design, installation, and policy behind solar energy. We wouldn’t be where we are today without these hard-working individuals delving into their niches to share and implement their knowledge.

One such expert Julian Musikant who works as our Utility and Loan Coordinator. Julian also serves on our company policy committee to stay on top of local, statewide, and national legislation that would affect our industry. We sat down with Julian (over video, of course) to nerd out about the ins and outs of solar energy policy and how we can support positive change. 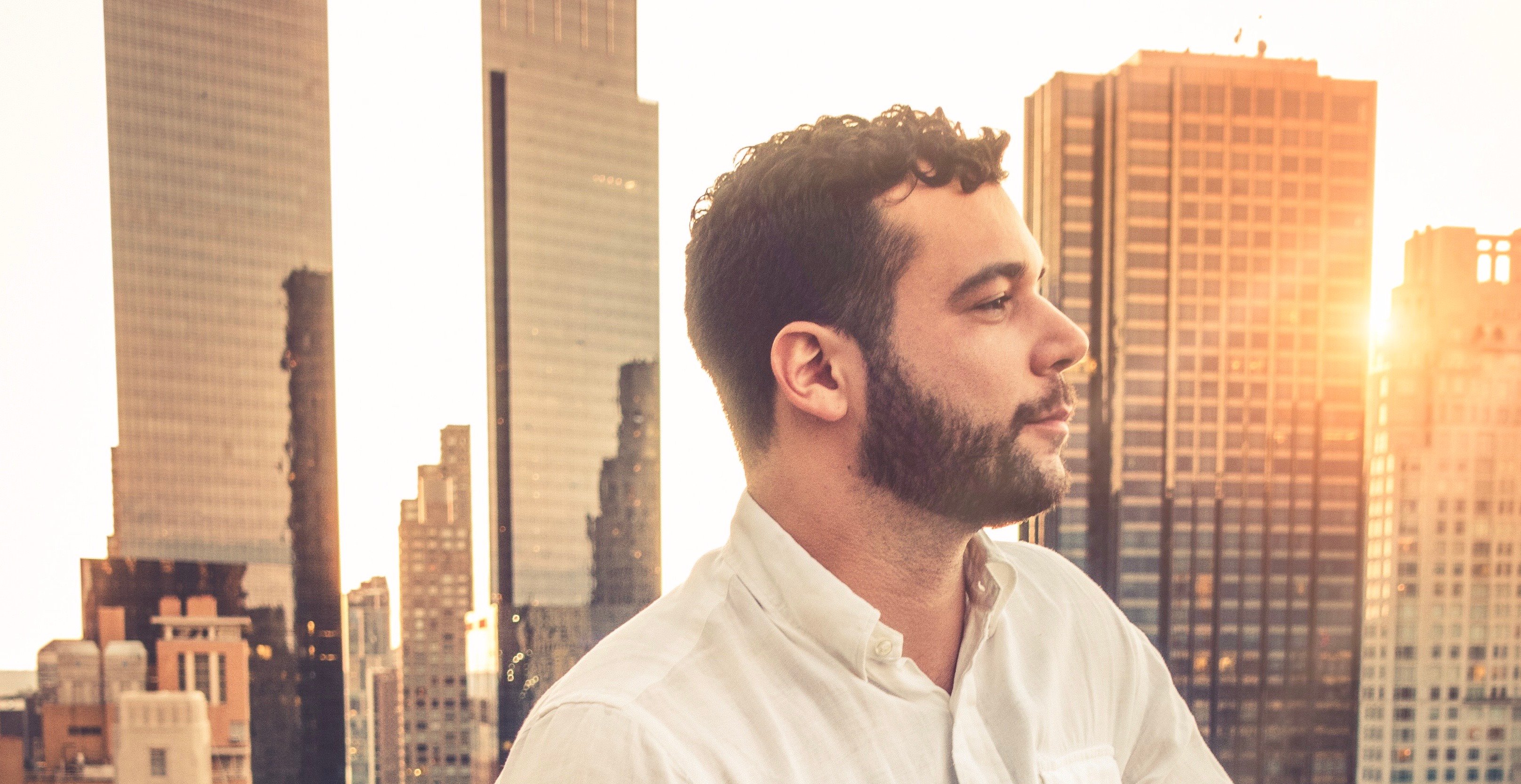 How did you get into working with solar policy?

I studied international relations and political science during college, so I always had an interest in policy. While living in Puerto Rico after Hurricane Maria, I got to see how impactful solar and storage could be for communities suffering from energy insecurity. Learning about the Puerto Rico Electric Power Authority and how their policies affected the island really helped drive me toward the career in policy that I am now pursuing.

Here at Namasté Solar, I’ve been able to work with Xcel Energy which has really built upon the experience I had in Puerto Rico. Having the opportunity to work on the policy committee with people like our CEO, Jason Sharpe, and a few other really experienced solar warriors, has been an incredible learning experience.

What role does the policy committee play at the company?

During my time here we’ve strengthened our relationships with a few really great partners in line with our mission.

Good Business Colorado is a grassroots organization of values-driven business owners rejecting partisanship and advocating for a prosperous economy, equitable communities, and a sustainable environment. It has become a strong co-advocate in our efforts to create pro-renewable energy legislation. They helped me prepare to testify at hearings for HB 19-1313 and HB 20-1059 in which we were advocating for stronger utility regulations and property tax benefits for energy storage systems. This partnership has allowed us to strengthen the voice we have at the Colorado legislature.

We also work with the Colorado Solar and Storage Association (COSSA) to advocate for renewable energy policy at the State legislature and the Public Utilities Commission. Through this group, we can use the collective voice of over 145 Colorado solar installation companies and partners to effect change.

Outside of those effort we do our best to keep the cooperative aware of developments in our industry while also providing opportunities for our employees and co-owners to lend support to our efforts.

We try to stay aware of any policy changes that'll affect our business and industry in Boulder, Denver, and the Front Range. As an example, at the end of 2019, the city of Denver was tasked with creating an Office for Climate Action, Sustainability and Resiliency. We hosted a working group on their behalf with interested parties to identify what the biggest issues and action items are in the city of Denver.

We also advocate for renewable energy policy at the Colorado Public Utilities Commission (PUC). Through this group, we can use the collective voice of over 145 Colorado solar installation companies and partners to effect change.

We aren't as involved directly at the as much because of most of our work is Colorado focused, but we're part of the Amicus Solar Cooperative, which is a nationwide network of best in class solar installers. If there are national issues, we address them through this group.

For example, Namasté Solar Co-Owner and General Manager David Henry was part of a crew of solar industry representatives of Amicus members that traveled to Washington D.C. in November 2019 to lobby for an extension to the federal solar tax credit (ITC).

What are the challenges of working with solar policies?

A lot of the same challenges we experience are ones that come with understanding any legislative process. It takes a lot of proactive effort to learn how it works and the context of what's going on. How I learn is by following online resources that explain what is going on with solar policies. I also had to learn about how the Colorado legislative process works by taking part in it and sitting at the hearings and familiarizing myself with a lot of the terms. It’s a lot of proactive education.

Are there any particular policies you’ve been involved with that you’re proud of?

There was one bill I testified at that I was proud of. They were putting in a statute that Xcel would reach 100% renewable energy by 2050. This is a great goal, but the fine print lacked details. So that was one bill where we testified in support of, but we wanted it amended to provide more guidance for Xcel.

Another example is there was a bill coming up to reevaluate how energy storage equipment is assessed for tax benefits. There is a statute that lets wind and solar get different property tax benefits as home-improvement projects. We are essentially trying to get the same beneficial terms for energy storage equipment. That was one that we fought for and were able to get it pushed through the Colorado Energy Committee and into the Budget Committee. Unfortunately, progress stopped because of everything related to COVID-19.

Then there's the national issue we're working on right now where we’re trying to protect states’ rights in regard to net metering from the Federal Energy Regulatory Commission (FERC). This is a significant issue for those who already have solar and for those looking to get solar, so we’ll stay on top of this issue as it evolves.*

I explain net metering like this: When you put solar panels on your roof, you're able to make a one for one trade of a kilowatt hour (kWh), which is your basic unit of energy. With net metering there's a one-to-one equivalence of the value of the energy you're purchasing from your utility and the value of energy you're pushing back to the utility from your solar system. This way you're able to offset the cost of your energy usage at the same dollar amount with the energy you are producing. That's called net metering.

Right now, states have the right to implement, protect, or reject net metering policy on their own. National energy policy is regulated by the FERC. They have historically allowed states to decide if and how to enact those policies. The issue now is that there's a shadow group in New Hampshire that is challenging states’ ability to regulate and allow net metering on their own. They're petitioning FERC to nationally eliminate net metering, which would effectively end any existing statewide net metering policies. Essentially, interconnection agreements for private homes would be useless because the major value proposition of you selling energy and buying energy on a one-to-one value ratio is no longer protected. Net metering is the biggest economic motivator for installing a solar system.

What are some upcoming potential policies we should pay attention to?

Nationally, along with the net metering issues, the potential extension of the federal ITC incentive is critical for our industry. Since its inception in 2006, the ITC has been foundational to the success of the solar market. Its extension is critical to save jobs and continue the expansion of the industry. More information on the importance of the ITC can be found at the Solar Energy Industries Association (SEIA) website. With any budget bill that Congress is working on, there's always an opportunity to add an extension to the federal ITC.

In Colorado, the PUC is developing many details, including revising consumer rate cases that directly impact our industry. One of the newer developments is they tasked Xcel with coming up with an incentive for installing battery storage. That's something we're looking forward to seeing presented.

A lot of utilities are setting these great goals, like Xcel wants to be 100% renewable by 2050. It's great to see what utilities are saying, but I also think the details are critically important for our industry and it's easy for executives to make these statements and commitments when they're not going to be in those board meetings in 2050. I think it's going be a lot of work to hold these utility companies to their word and keep track of how and what they're doing to reach those goals.

Personally, I'm most interested in how storage will evolve. As the technology gets cheaper and as utilities come up with incentives for storage, I think it's going to be a huge part of our industry. The prospect of using less electricity during peak demand and using more renewable energy with batteries during these times is a big game changer, so I'm interested to see how storage is incentivized.

How can people support meaningful change within clean energy policy?

I think everyone should start by just trying to be engaged citizens. Know who your representatives are. Know what bills they're voting for. Know what their stances are on renewable energy.

There are also groups like the Colorado Renewable Energy Society that welcome anyone who wants to be involved. You can join policy groups. You can also follow resources like SolarWakeup, Greentech Media, and Solar Power World.

*Update: In July 2020, FERC dismissed a petition by the New England Ratepayers Association (NERA) to end states' rights to legislate net metering themselves.

Sign up to get updates and receive exclusive solar deals!